A Record Month for the BARS Scholarship Fund 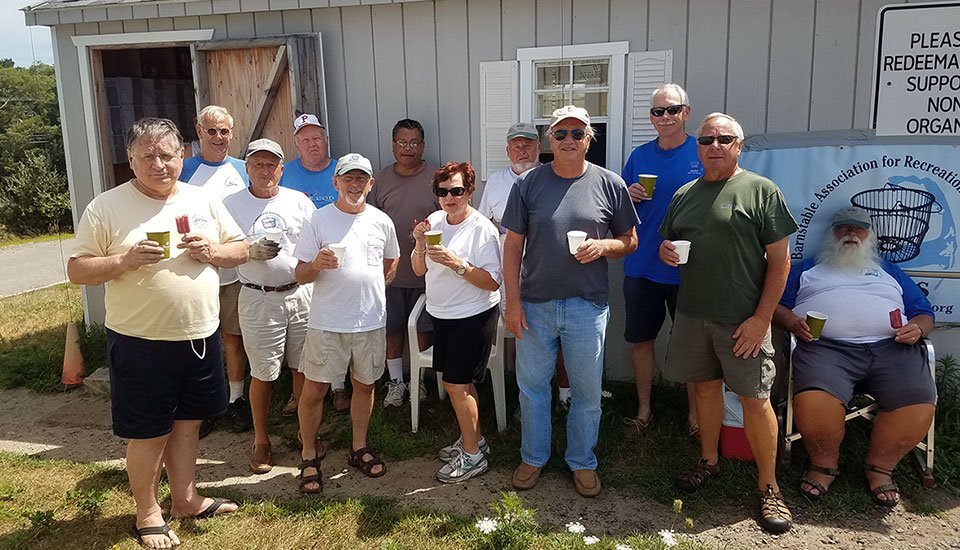 We did it — $8,075.95 collected in July 2018 for the scholarship fund — a new BARS record! We handled 161,519 cans and bottles. That is a lot of trash that isn’t along the road. Above is the last load out crew on July 31st. The crew in photo above left to right are: Don Haviland, Norm Wilson, Dick Ossen, Ed Lajoie, Jack Walker,  Ralph Dagwan, Penny Scott, Steve Hoxie, Rick Ryan, Lenny Clark, Wayne Lish, and Bob Parsons. 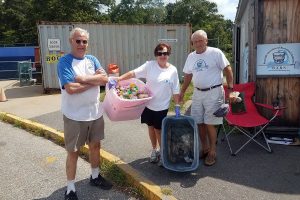 We had thirty one volunteers who manned the shed for the morning and afternoon shifts for thirty days in a very hot July. Top volunteer honors go to Bill Shumway, Norm Wilson, Bob Parsons, and Dick Ossen, but we could not have done this without the help of the rest of our volunteers: Steve Hoxie, Rick Ryan, Betty Haviland, Joe Brown, Pat Farinha, Muriel Glantz, Leigh Townes, John Townes, Ralph Krau, Penny Scott, Jack Walker, Fred Dempsey, Keith Hochstein, Wayne Lish, Frank Rendulic, Ralph Dagwan, Peter Eleftherakis, Stan Wheeler, Lenny Dilorenzo, John Ferine, Bob Borque, Joyce Capobianco, Ken Cloud, Joe Doolin, Mary Doolin, Rolene Hutcheson, and Bob Silva. Photo of the last morning shift at the shed with Norm Wilson, Penny Scott, Bob Ossen, and the photographer, Bill Shumway, BARS President.
A huge thank you to Betty Haviland, Chairman of the Recycling Committee, and Bill Shumway for the tremendous amount of work they did. Thank you to Andy Newman for his posts on the website and Facebook promoting the July recycling as well as emails to members requesting volunteers.
And above all, thank you to all the people who stopped by and donated their returnable bottles and cans to BARS during our month at the recycling shed at the Barnstable Transfer Station. 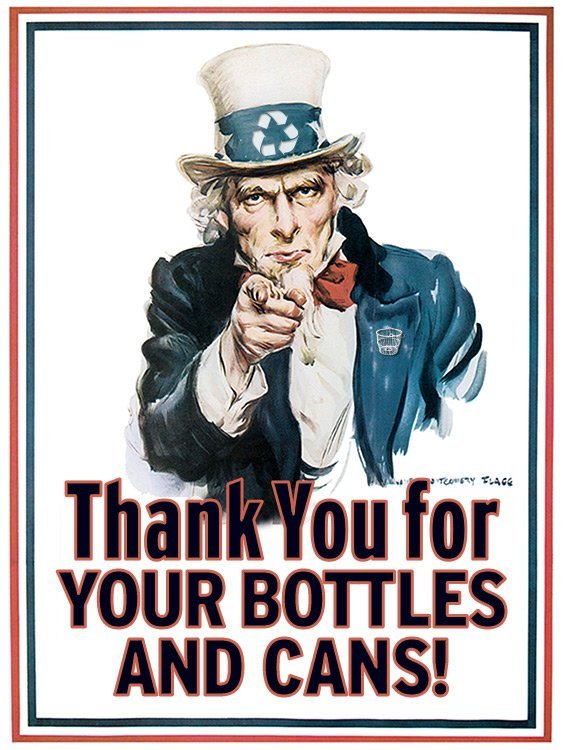