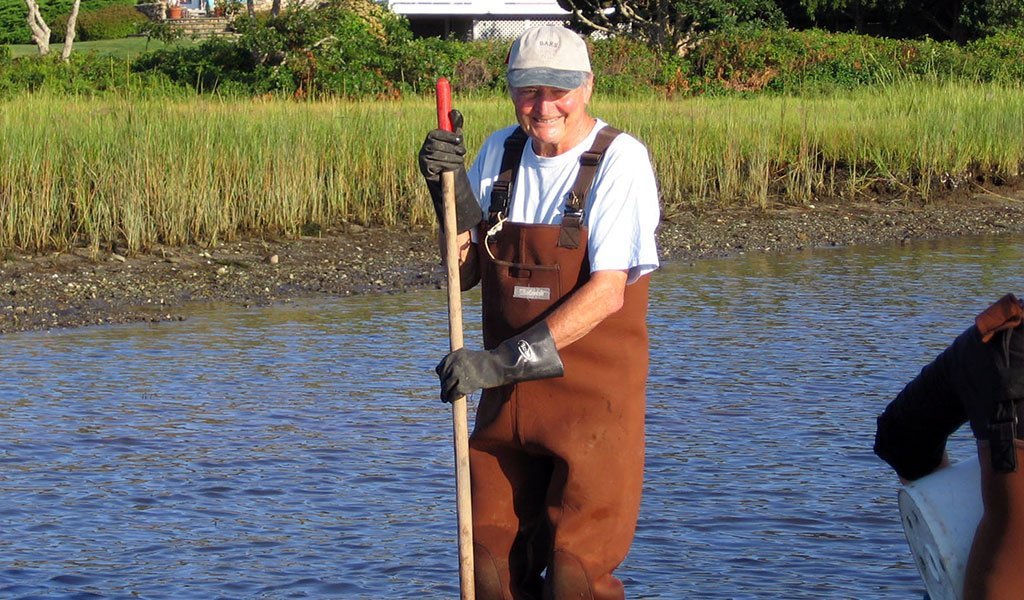 Andre Peter Sampou of West Barnstable passed away on November 20, 2021 at age 90 surrounded by his loved ones. Andre was born in Chicago, Illinois to Peter and Lucy Sampou. He had two sisters, Joan and Isabelle. As a teen and throughout his long life, Andre cherished time spent fishing, hunting and being in the quiet of nature.

Andre attended the Massachusetts Institute of Technology in Boston and graduated with a Bachelor of Science in mechanical engineering. He went on to become Vice President of Manufacturing at Instron Corporation in Canton, MA.

Andre met his wife, Elsa during his college years. The couple married in 1955 and had five children: Peter, Leslie, Carolyn, Michael, and Jennifer. Andre and Elsa settled in Sherborn, Massachusetts. After their children went off to college, they moved to Cape Cod where they have spent the past thirty-five years in West Barnstable.

When Andre retired from Instron Corporation, he became very involved in environmental activities on the Cape. He was a long-time member of the Barnstable Association for Recreational Shellfishing (BARS).  Andre enjoyed living off the land:  gardening, raising sheep and chickens, shell fishing, hunting and fishing. His favorite hobbies included working with leather, cooking, and growing Dahlias, a hobby his own Dad handed down to him.

Family values were most important to Andre. A virtuous man, he was a loyal, faithful, and hard-working husband and father. He took great joy in spending time with his family. Andre and Elsa enjoyed travelling throughout the world.

In addition to Elsa, Andre is survived by his five children and twelve grandchildren. Andre’s obituary in the Cape Cod Times

The Sampou clan is expecting to have an open house/life celebration for Andre’s friends (open invitation) in late spring of 2022. More information on this event will be made available by early spring.

“Andre was a long-time member of the town’s Shellfish Committee. With his engineering background, he brought a no-nonsense approach to the discussions regarding the shellfisheries in Barnstable, particularly advocating for the conservation and protection of shellfish habitat. Armed with documented research, Andre periodically testified at Conservation Commission meetings and joined others in convincing our town council to preserve the shellfish habitat with the “Recreational Shellfish Area and Shellfish Relay Area Dock and Pier Overlay District” passed in 2010.

He was also one of the first shellfish volunteers for Natural Resources, assisting with field tasks at low tide to enhance the town’s shellfish propagation efforts, serving for about two decades.

Out of his interest for making our town a better place, he hosted the first meeting for the Barnstable Association for Recreational Shellfishing at his home in 2001. This group of recreational shellfishers has continued to meet to share shellfish information, provide volunteers to the town’s shellfish propagation program and award scholarships to high schoolers over the years since then. There is no other such group on the Cape or within the state that celebrates our shellfisheries.”*

Andre was named a 2007 American Red Cross Hero for his “selfless service to the public.” In 2011 he was the recipient of the Barnstable Bivalve Buddy Award “in appreciation of his work over the past fifteen years to protect  the shellfish habitat in the Town of Barnstable, and for founding B.A.R.S.”

*The indented paragraphs were from the tribute to André Sampou that Kris Clark gave at the December 2, 2021 Barnstable Town Council meeting.