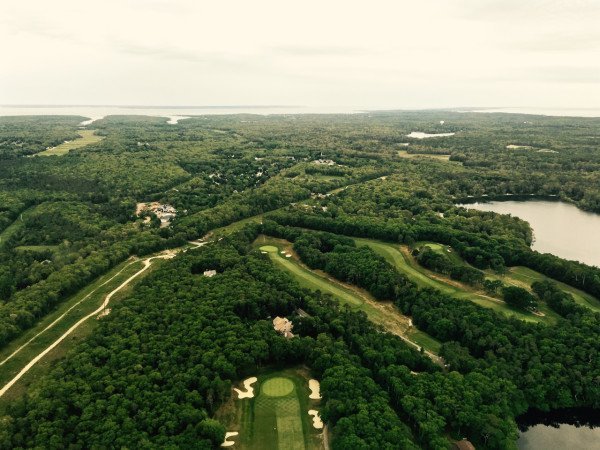 Our featured speaker at BARS’ August 4th meeting at the West Barnstable Community Building is Tom Cambareri, who will be doing a presentation on the effects of ocean acidification on clams and oysters and the Cape Cod aquifer.

Mr Cambareri manages the Water Resources Program of the Cape Cod Commission to maintain and protect the water resources of the Cape Cod Sole Source Aquifer to ensure a sustainable supply of high quality untreated drinking water and maintain the ecological integrity of fresh and marine surface water bodies.  His work with interested parties has moved water resource protection and restoration efforts forward by identifying the critical information gaps, developing innovative approaches to acquire and interpret information, and developing and implementing cost effective regional solutions. Tom is a key person in the Commission’s technical and regulatory review of Comprehensive Wastewater Management Plans.

Tom has 30 years of experience in Cape Cod water resources issues.  He has an MS in geology with a focus on hydrogeology from UMASS-Amherst (1986). He is a Certified Ground Water Professional (#360) and a Mass. Licensed Site Cleanup Professional (# 3778).  Tom has participated with numerous local and regional groups focusing on the protection and restoration of water quality and is an appointed member to the Massachusetts’ Water Resources Commission.

The following was published on the Food Hub blog of The Guardian:

As oceans become more acidic, the US shellfish business is facing “high economic risk” in 15 out of 23 coastal states, according to a study published Monday in the Nature Climate Change journal. Massachusetts tops the list of states facing the highest risk, the study concluded.

Shelled mollusks such as oysters, clams and scallops are extremely sensitive to ocean acidification, according to the paper. Those species represent lucrative fisheries, and a big part of the economy in coastal communities that depend on their sale. The US shellfish industry brings in $1bn annually, according to the report.

In the Southern Massachusetts fishery alone, shellfish makes up a $300m-per-year business, with the state giving out 1,350 commercial fishing licenses annually. In the states of Washington and Oregon, the mollusk business produces approximately $100m in direct sales. It supports 3,200 jobs in Washington alone.

Researchers identified places where rising carbon dioxide in the atmosphere, as well as ocean acidification due to algae blooms, have caused mollusk harvests to decline, and used this information to map the risk profiles of different coastal communities.

Why are oceans growing more acidic?

Meanwhile, rising sewage and chemical waste released into the oceans introduce nutrients that spur algae populations to bloom in the oceans. Any algae that isn’t eaten by other marine life then decomposes, releasing CO2 into the water and further lowering pH levels.

The higher acidity is threatening marine species such as shellfish – and, as a result, related seafood businesses.

Massachusetts is most vulnerable

The Southern Massachusetts counties of Cape Cod and the Islands, south of the cape, are “more economically dependent on shelled mollusks than any other region”, making them the most vulnerable communities in the country to ocean acidification, according to an explainer from the National Resources Defense Council, an environmental nonprofit.

In other words, Cape Cod gets a huge amount of its income from shelled mollusks. “Not only do they have lot to lose in terms of jobs and income, revenue, but they can’t easily swap out and start fishing something else,” says Lisa Suatoni, one of the authors of the report.

New Bedford, Massachusetts, is particularly vulnerable because approximately 80% of its fishing revenue comes from a single species: the sea scallop, she says. “Their fisheries options are low, they have a lot of poverty in those areas, low job options – just so much money on the line.”

The social dimension of shellfish

Massachusetts’ high risk came as a surprise to researchers, Suatoni says. “In the US, our economic impact so far has been primarily in the Pacific Northwest,” she says. “Our vulnerability assessment says that the impacts are going to be much broader geographically and more hard hitting than people really thought.”

By studying fishing communities at a closer, more granular level, researchers developed vulnerability profiles that are unique to each region, allowing for “tailored strategies” for mitigating the effects of ocean acidification in each place.

While they were at it, the researchers also studied what they call the “social dimension of ocean acidification”, or the attempt to answer the question: “Who has the propensity to be harmed by loss of shellfish?”

By taking into account both the vulnerability of the fisheries and of the populations that benefit from them, researchers were able to factor in potential alternatives and ongoing policy changes in weighing regions’ potential ability to reduce their risks and adapt.

Policymakers in some states are already aware of the economic threats posed by ocean acidification. Former Washington governor Christine Gregoire signed an executive order aimed at protecting the state’s $270m shellfish industry in 2012. Washington, along with Maine and Maryland, have assembled expert commissions to tackle ocean acidification.

Other policymakers, though, have yet to take notice of ocean acidification as a serious threat to local economies. Suatoni says she hopes the report will help change that, and will also act as a strong message to federal research and monitoring programs, which aren’t monitoring ocean water in most of the places researchers have identified as most vulnerable.

Suatoni says that there’s a “real disconnect”, due to underfunding, with research projects limited mainly to where marine researchers are already based. Their study was funded by a National Science Foundation grant.

“Very opportunistically we’re monitoring the backyard of the marine maps of locations where scientific expertise [exists],” she says. “Sometimes that overlaps in areas of great social need, but most often it doesn’t.”