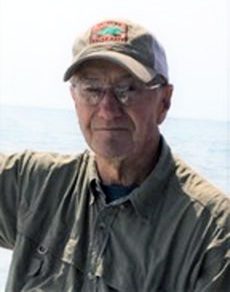 Osterville – George E. Lloyd Jr., 84, formerly of Melrose, passed away on June 8th at his home in Osterville, MA.

Born on May 16th 1937, in Malden, Massachusetts, George was the son of the late George Lloyd, Sr. and Ruth (Butler) Lloyd. He graduated from Malden High School and then attended Tufts University on a hockey scholarship, graduating in 1959 as a Pre-Med major. George also received a Master’s Degree in Mathematics from Northeastern University. George first worked at Arthur D. Little on the research team that identified the hazards of smoking. He then moved on to the emerging field of computer programming at the Bank of New England, where he went on to become a Vice President of Computer Operations.

George served on many boards of directors for institutions. He was a founding member of the Massachusetts Hockey Association and was actively involved in providing scholarships to high school students in Barnstable in retirement.

George enjoyed fishing, gardening, and traveling; most of all, he loved his friends and family.

A private celebration of life will be held in George’s honor on June 26th.